Carb Cycling For Weight Loss, Does It Work? 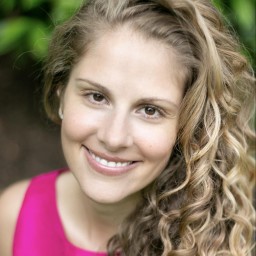 You’ve heard of training and rest days when it comes to exercise, but have you heard of carb cycling for weight loss? It’s pretty much the same on/off approach but involving the consumption of carbohydrates. Originally used by body builders and endurance athletes to maximize energy and performance, the premise of carb cycling has trickled into the mainstream and is gaining popularity among non-athletes and regular folks as a possible means for weight loss. But what exactly is carb cycling and does it work? Read on to find out.

What Is Carb Cycling?

Before we define carb cycling, let’s start with the basics: Carbohydrates are one of three main macronutrients (protein and fat are the other two). Macronutrients are nutrients our bodies need in large quantities in order to function at its best. Micronutrients, which are vitamins and minerals, are equally as important but needed in smaller amounts (hence, macro and micro).

Carbohydrates serve as our body’s main source of energy and have stolen the crown from fat as our latest vilified macro. Carbohydrates are broken down into glucose which our body uses for energy upon consumption. Any excess glucose in our blood is stored as glycogen in our liver and muscle cells to be used later for energy as needed. When those liver and muscle cells are full, our body creates fat cells (specifically adipose tissue) to store excess energy in the form of triglycerides.

The idea behind carb cycling is to vary your intake of carbs by alternating between a period of high-carbohydrate consumption and a period of no- to low-carbohydrate consumption. Those periods may consist of days, weeks or months. Historically, these fluctuations were matched with physical expenditure by athletes and part of a larger fitness routine designed to optimize energy and stamina.

In other words, the goal is to fill up those liver and muscle stores for high-intensity exercise days while minimizing or limiting carbs on other days to allow your body to burn the fat cells for fuel. Think marathon runner and big bowl of pasta for their pre-race dinner for glycogen storage, and drastically cutting carbs to burn fat for weight loss as with the keto diet.

In recent years, carb cycling has been gaining traction outside of the hardcore athlete scene. While research is limited, there is anecdotal evidence of weight loss tied to shifting carb intake, regardless of fitness capacity. Cycling carb consumption is being explored as a method to experience the benefits of a low-carb diet without hindering the ability to engage in physical exercise. On days you do not train, you follow a low- or no-carb meal plan. On days you do train, you up your carb intake in correlation with the intensity of your exercise.

How to Carb Cycle

If you want to give carb cycling a try, there really is no formal set of rules. It really just comes down to the number of grams of carbs you consume and when, and manipulating that intake to reflect when your activity level requires more carbs and when it requires less. It’s that simple! The amount of carbs to consume on your high-carbohydrate days is extremely individualized and dependent on numerous factors such as activity level, calorie intake, age, gender etc. However, as with any healthy way of eating, it’s all about the quality of the macronutrient. If you’re not sure what a healthy carb option looks like, here’s a list of primal-aligned carb options for you to choose from:

Primal-Aligned Carbs to Eat in Abundance

Primal-Aligned Carbs to Consume in Moderation

Carbs to Consume Minimally (Not Primal)

Carb cycling is relatively new to the scene and there is limited data and a lack of direct research as of yet. However, there are several possible pros and cons to explore:

While there is limited research on carb cycling in particular, systematic reviews corroborate that low carb eating is as, if not more, effective for weight loss compared to other diets. In addition, taking a break from consuming carbs gives your body the opportunity to burn fat for fuel.

A 2015 study showed a moderate reduction in dietary carbohydrate intake had benefits on glucose metabolism, as well as body composition and fat distribution.

Carb cycling may be a more sustainable approach for those that find a ketogenic, or low-carb diet in general, too restrictive. High carbohydrate consumption days allow you to include foods you otherwise would not be able to, which may make this way of eating easier to stick to.

Carb loading or re-feeding can be used effectively to drop those last few stubborn pounds. Leptin is a hormone that sends a signal to your brain that helps you feel full and satiated. Calorie-restrictive diets reduce your levels of leptin which can lead to hunger and cravings (reason enough to stop those calorie counting diets!). If your weight loss has stalled and you’re constantly hungry and lacking energy, a carb-load cycle can help restore you leptin levels and get you back on the right path.

The diabetes epidemic is real. There’s no arguing the fact that we are consuming too many carbohydrates, and in highly refined and processed forms. Although carb cycling may improve insulin sensitivity as mentioned above, it may not be best for those with existing blood sugar control issues such hypoglycemia or pre-diabetes due to the fluctuations.

Who wants to spend tons of time counting and planning? Carb cycling requires many steps, from figuring out the best levels of carbs that work for you to just how intense your workouts need to be to how much weight you want to lose. To do it correctly and effectively, tracking and monitoring are not optional.

If you’ve ever done a low-carb or keto diet, you are certainly familiar with the low carb flu. Unfortunately, cycling up and down with carb levels may leave you hanging out in a flu purgatory, never quite breaking out of that phase. Who wants to live in a constant state of lethargy and headaches?!

There’s a very thin line between upping your carb intake to replenish glycogen stores and going on an all out carb binge. Pizza and beer on your high-carbohydrate days will probably make it ten times harder to wake up the next morning and stick to low-carb. If you’re the type who has an addictive relationship with refined sugar and starchier foods, you may find it very hard to adhere to carb cycling.

How Does It Fit in to Primal Eating?

Primal eating and carb cycling share a similarity in that carb consumption is at play, however the buck pretty much stops there. The best part about Primal eating is that there is no counting macronutrients or calories, or stressing about eating at all. It’s all about enjoying real, whole foods that our ancestors consumed. Contrary to popular belief, it is not a low carb diet! The carb level is what you make of it—high or low or in-between, it’s up to you. As long as you stick to real, Primal foods, the heath benefits and weight loss will follow—no counting involved!

If you follow a Primal lifestyle and wish to try carb cycling, stick to the Primal carbs, such as vegetables, fruit and nuts. Interested in getting started with the Primal way of eating? A myPrimalCoach is ready to help you!

So, does carb cycling work for weight loss? That depends. There is currently no scientific research supporting its effects on weight loss, but plenty of hearsay! If you are not getting much exercise or aren’t highly active, you probably won’t see much weight loss and may even see some gain from those high-carbohydrate periods. If you choose to scarf down French fries and donuts on those carb days, you may even risk harming your health. What’s that popular saying? “You can’t have your cake and eat it too” comes to mind!

However, if you follow a Primal-aligned approach and choose healthier, whole food options for your high-carbohydrate days and don’t overdo it, you may experience weight loss plus increased athletic performance. Your intake of carbs is best modified to suit your individual needs. Choose healthy carbs and experiment with the amounts you consume plus your activity level. You just may find your sweet spot and reap the benefit of weight loss! Insulin Resistance PCOS Diet: What to Eat and What to Avoid

Eczema and Gut Health: How Strong Is the Connection?